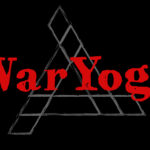 WarYoga is Tom Billinge’s second book. Departing from the Greek tradition of Undying Glory, Tom looks at another Indo-European branch – the Vedic material.

Having spent several years exploring both the ancient Indian strength and conditioning system of wrestlers, Tom has codified a system which includes a metaphysical and tantric elements into a physical practice.

WarYoga synthesises the Indo-European spiritual and mythological currents in the Vedas with the traditional vyayam (physical exercise) of the Northern Indians. In essence, WarYoga is physical alchemy that is rooted in the Indo-European tradition. While the Indic branch has maintained much of the practice, echoes can be found in the Iranian, Greek and other European cultures.

After laying out the premise of the Indo-European sacrifice, Tom presents a method of internalising this sacrifice and initiating an alchemical transformation of the body and the mind. The WarYogin seeks to prefect himself and this book is the the manual he needs in order to do so.

Published by Sanctus Europa, WarYoga is available globally from all major online booksellers, including Amazon, as well as in traditional brick and mortar book shops. Ask your bookseller to stock WarYoga by Tom Billinge.

Undying Glory: The Solar Path of Greek Heroes is the first of Tom Billinge‘s books. It is more than just a recounting of the tales of Greek heroes: it is a blueprint for modern to men to follow.

The book focusses on six heroes in particular, as they traverse the Solar Path, each aiming to become Solar Man, a state that is above the gods. In the work, Tom uses the term atideva (“beyond the gods”) – a borrowing from Sanskrit, which shares a linguistic and cultural connection to Greek through their shared Indo-European heritage.

Undying Glory starts with the three earlier heroes of Greek Myth: Kadmos, Perseus and Bellerophon. These primordial heroes open the path for those who follow: Jason, Theseus and Herakles. Only one of the Solar Heroes completes the path, fully realising the atidevic state that is possible for men to attain.

The book has been well received, topping the new release charts on Amazon on its initial release and garnering five star reviews and ratings across the board. It is available in all formats, with the ebook and audiobook enabling any who wish to improve their life a chance to interact with the Undying Glory.

Undying Glory, published by Sanctus Europa, is available globally from all major online booksellers, including Amazon, as well as in traditional brick and mortar book shops. Ask your bookseller to stock Undying Glory by Tom Billinge.