Golden to Iron: the Ages of Men

In Hesiod’s Works and Days, a poem from the 8th century BCE, five ages of men are set out. This journey through the ages of men is an eternal cyclical time frame that goes through five distinct ages: Golden, Silver, Bronze, Heroes, Iron. We are currently in the Age of Iron, the most degenerated era of mankind. However, as I say in my book, Undying Glory: The Solar Path of Greek Heroes, we will begin the cycle anew, first going through another Age of Heroes before entering into a new Golden Age.

The ages of men are not confined solely to the Greeks. The immediately post-Vedic Indians also used the concept and it has been passed down into modern Hinduism too. The ages synchronise with the Greek ages, but with a slight difference. The Indian ages of men are the Satya Yuga (Golden Age), Treta Yuga (Silver Age), Dvapara Yuga (Bronze Age) and Kali Yuga (Iron Age). These are not the exact  translations, but the concept is the same. There is no separate “Age of Heroes,” but between each yuga are two shorter periods of time known as Sandhyas and Sandhyansas. These “dawns” and “dusks” that lie on either side of each yuga are cognate to the Greek Age of Heroes.

The Platonic “Great Year” has the celestial bodies beginning their cycles again every 36,000 years. In this system, a Great Year is a cycle through all the ages of men. Hesiod does not refer to his ages of men as being perpetual, but taking the Indian yugas into consideration, alongside the Greek concepts of cosmic circularity and cyclical time, we can presume that the early Greeks also considered these Eras to be cyclical.

The men of the Golden Era lived in a time when the Titan Kronos was the ruler of the heavens, before his son Zeus wrested power from him. The gods created a “golden race of mortal men” who lived like gods. They lived carefree lives without pain, misery and old age. They remained vigorous until they died in a sheeplike manner. They never toiled on the land, as it provided its fruits without the need for labour. They “lived in peace and abundance as lords of their lands, rich in flocks and dear to the blessed gods.” Hesiod simply says that the earth covered this race and that they became benevolent spirits that walk the earth and watch over mortals.

Men of the race of silver were almost the opposite of the golden men. They were nurtured as children by their mothers for 100 years and when they reached adolescence, did not live long. They were violent against one another and refused to honour the gods. Zeus grew weary of them and buried them under the earth. They too became chthonic spirits, living under the earth.

The race of bronze in Hesiod were fashioned from ash trees. In other accounts, they were the children of the Meliai ash tree nymphs, who were in turn children of the Earth Mother Gaia. These men were dreadful and mighty. They worked with bronze, using it for their weapons and houses, They had hearts of steel and were strong and violent, killing each other off until only Talos remained. This last bronze man was killed by Medeia when the Argonauts landed on Crete.

The next race were the demigods and heroes who I talk about in Undying Glory. Solar heroes like Kadmos, Bellerophon, Theseus and Herakles. The heroes who stormed Troy and laid siege to seven-gated Thebes. These were the last glimmer of the possibilities of man. With the exception of Herakles, who completed the Solar Path, these heroes all live in the Isles of the Blessed, where they live in bliss with others who lived and died heroically. Also known as Elysion, these Isles are ruled over by Kronos, the father of Zeus.

Hesiod laments that he is born in the Age of Iron. This is our age. Our lot is a blend of good and bad. A life of toil and pain. This is the passage from Athanassakis’ superb translation:

“Zeus will destroy this race of mortals when children are born grey at the temples. Children will not resemble their fathers, and there will be no affection between guest and host and no love between friends or brothers as in the past. Sons and daughters will be quick to offend their ageing parents and rebuke them and speak to them with rudeness and cruelty, not knowing about divine retribution; they will not even repay their parents for their keep – these law-breakers – and they will sack one another’s city. The man who keeps his oath, or is just and good, will not be favored, but the evildoers and scoundrels will be honoured, for might will make right and shame will vanish. Base men will harm their betters with words that are crooked and then swear they are fair. And all toiling humanity will be blighted with envy, grim and strident envy that takes its joy in the ruin of others.”

This is our place among the ages of men. Not all is lost. We are on the cusp of another Age of Heroes. Those of us who are capable must walk the Solar Path and make ourselves into heroes through our sweat and blood and tears. After the battles are fought and the dust settles, we will find ourselves once more in the Golden Age. 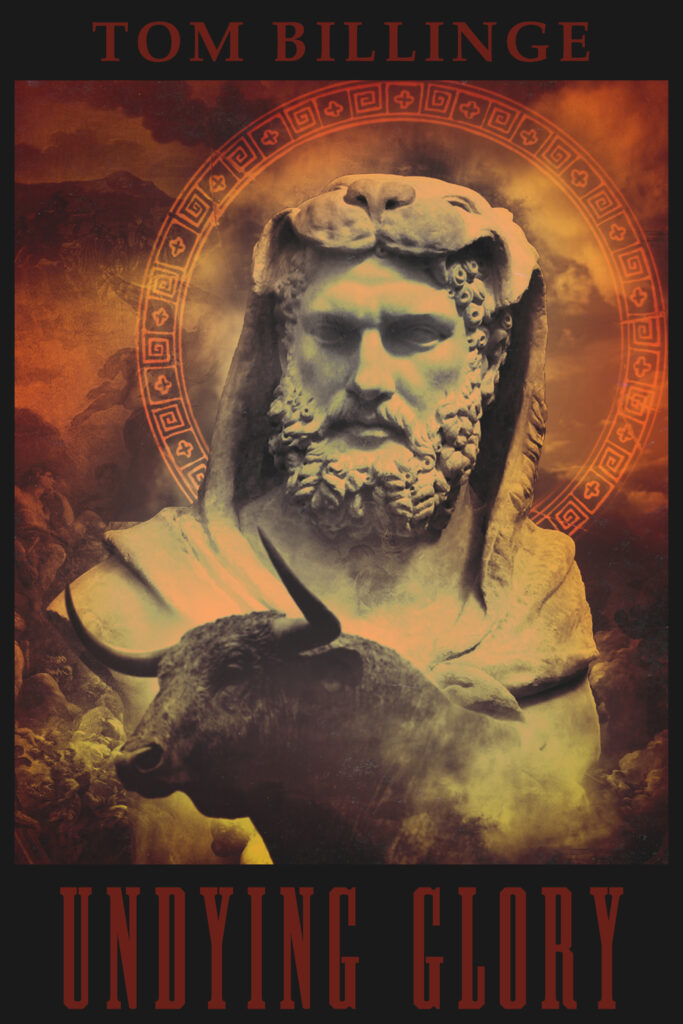